Andrew Lloyd Webber’s Starlight Express – the RACE of a lifetime!

From the creator of The Phantom of the Opera, Evita and Cats comes the one of the best-loved, longest-running and most unique musicals in theatrical history – Andrew Lloyd Webber’s Starlight Express is here in Singapore after their direct sell-out journey in UK.

The original West End production of Starlight Express electrified the theatre world in 1984, running for almost 18 years. So far more than 25 million people worldwide have enjoyed a thrilling ride aboard Starlight Express.

Thank you for the invitation and I had a blast watching this musical. The crew were really interactive with the audience and it got everyone energized! We were all swaying, clapping our hands, laughing and cheering as each team introduces themselves before the race. It is my first time watching a musical with 3D effects and it’s kinda refreshing. This is also the first time we were allowed to snap pictures of the crew at the end of the musical! They were posing for us and encouraging us to take our cameras and mobiles and start snapping. It was so much fun. The costumes are gorgeous and so sparkling. I am really impress with how the crews are able to skate and control all the speed within the small stage area. I wished there were more stunts though but I had fun and you still have time to catch them! Their last show ends this 24 November 2013. 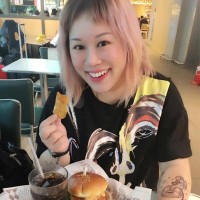